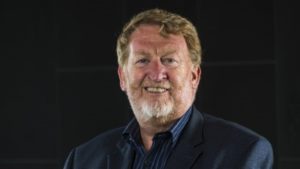 This year, now Professor Graeme Jackson has been presented with the Austin Medical Research Foundation’s Distinguished Scientist Award for his “significant contribution to research at Austin Health.”

As an internationally renowned epilepsy clinician-researcher, Prof Jackson’s work has focused on innovations in MRI technology to understand brain structure and function and applying that to the understanding of epilepsy. He has also been an enthusiastic mentor to a number of early career and post graduate researchers.

Prof Jackson acknowledged that the award was not only recognition for his work, but for the efforts of his team, colleagues and his international collaborators.

“We’ve done a lot of good work, and I think we’ve made an impact and it’s a credit to all those people.

The Weary Dunlop Foundation is pleased and proud to see another of our grant recipients making such a meaningful contribution in his field.