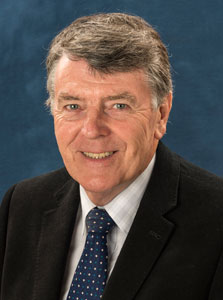 The Sir Edward Dunlop Medical Research Foundation was established in 1985 and Sir Edward himself was the driving force behind its creation.

Sir Edward, or ‘Weary’ as he was known, was passionate about improving the health and wellbeing of Australia’s veterans. The Foundation was set up to help fund medical research into the treatment and prevention of many illnesses that affect the veteran community. The research undertaken in these areas often benefits the wider community, especially amongst the ageing population.

I was deeply honoured to be elected Chairman of the Foundation in October 2012. There is a tremendous spirit of cooperation and support among the members of the Foundation’s Board. We have agreed to hasten slowly and be guided by the objectives laid down by our founder, Sir Edward ‘Weary’ Dunlop. We will continue to stress the vital role he played in Australia’s military history and all the work he subsequently did to alleviate the plight of needy veterans and his own beloved PoWs.

The Foundation’s annual commemorative service falls on 12 July, the anniversary of Sir Edward’s birth, and honours his life and work. Every year the Foundation runs its Appeal for two weeks in July, the launch coinciding with the service. We welcome assistance and support from all who wish to help out or make a contribution to our fundraising. The Board has pledged to increase its funding to medical research, and to broaden its contribution in line with Weary’s legacy. I am confident we can do much better… the sky is the limit. To all our donors and supporters, we sincerely thank you as, without your support, we would not be able to expand the vision outlined by Sir Edward. On behalf of the Board of Directors, we look forward to our  continued association with you, well into the future.